Adam Hughes is a hugely popular artist, but mostly for his work outside Star Wars.  He’s particularly famous for drawing women in comics, doing a lot of work with Catwoman and Wonder Woman in particular.  His art has been used as the basis for several statues by Sideshow Collectibles.  That said, he’s done some incredibly popular Star Wars pieces, so I by no means want to sell him short there.  His Celebration IV print in particular is now incredibly valuable on the aftermarket, and has been used as part of various collectibles, including a dartboard by Gentle Giant (why Gentle Giant made a dartboard, I have no idea).  Outside his Celebration pieces (he was meant to be at Anaheim but unfortunately had to cancel), he’s done work for Topps and covers for Dark Horse.  Some of these images were taken from his website, some from his Facebook page, and a few from Wookieepedia.  Let’s take a look, shall we?

The cover to Classic Star Wars: A New Hope 2

Cover to Classic Star Wars: Return of the Jedi 1 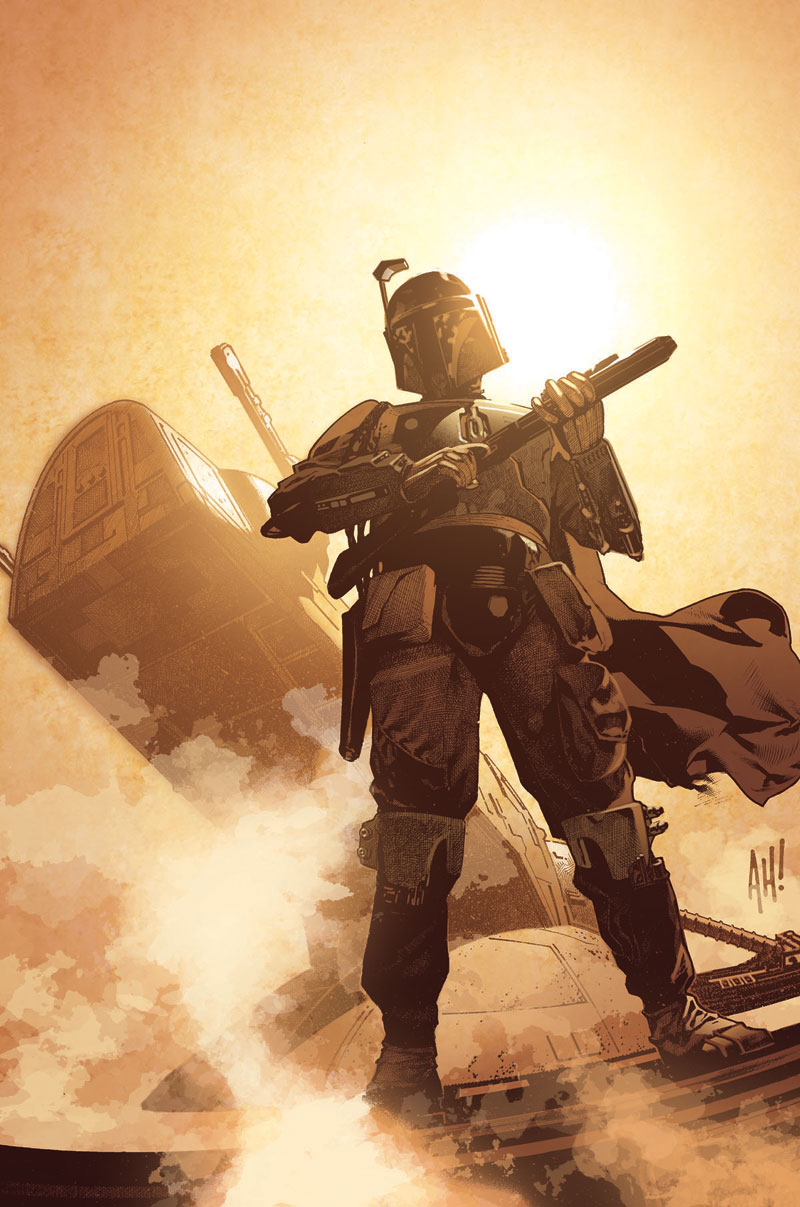 “Space Pirates!,” originally created for Celebration III, later used as the cover for Star Wars: The Art of the Bad Deal

Mara Jade, originally created for Topps’ Star Wars Galaxy Series 5.  This was planned to be the basis for a Premium Format figure from Sideshow Collectibles; the statue never materialized.

The combined covers for the first arc of Star Wars: Legacy

The cover to Luke Skywalker: Last Hope for the Galaxy

The cover to Star Wars: Purge 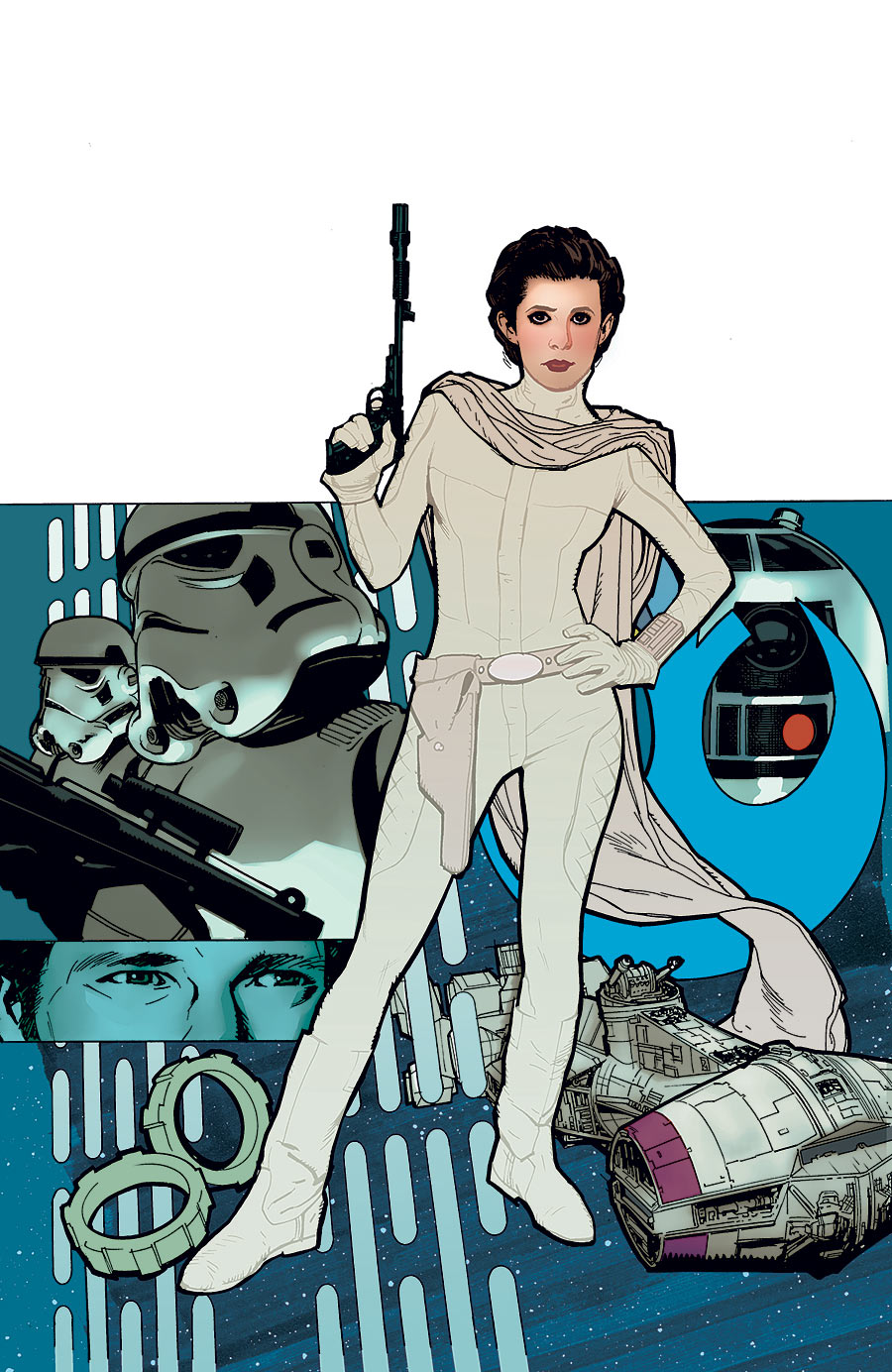 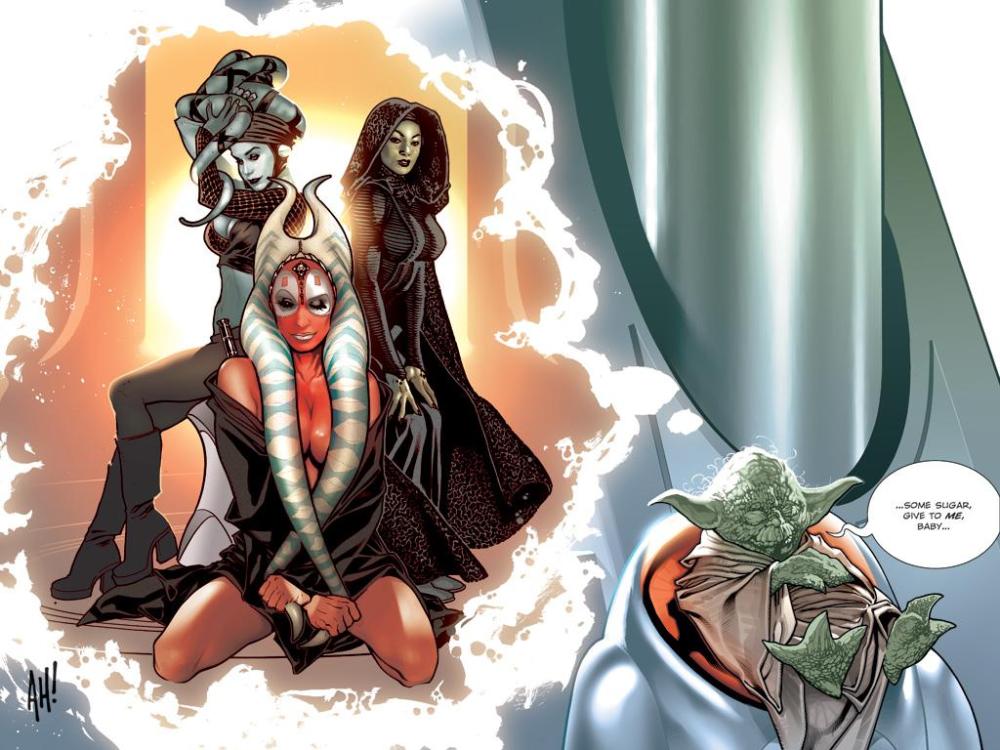 – Oh, I absolutely had to end on that last one.  Funny thing is, I don’t think I’d even call that the most risqué piece he’s done for Star Wars...

– I was at Celebration IV, but I passed on his print due to lack of interest (I was 12, puberty was right around the corner).  I still don’t think I’d hang one up on my wall, but it sells for around $800, so I do kinda wish I bought one.  Oh well.

If you want to buy work from Hughes, take a look here.  He’s probably most famous as a cover artist for comics, so he has a lot of signed trade paperbacks available.  I’m eyeing Rebel Heist, myself.